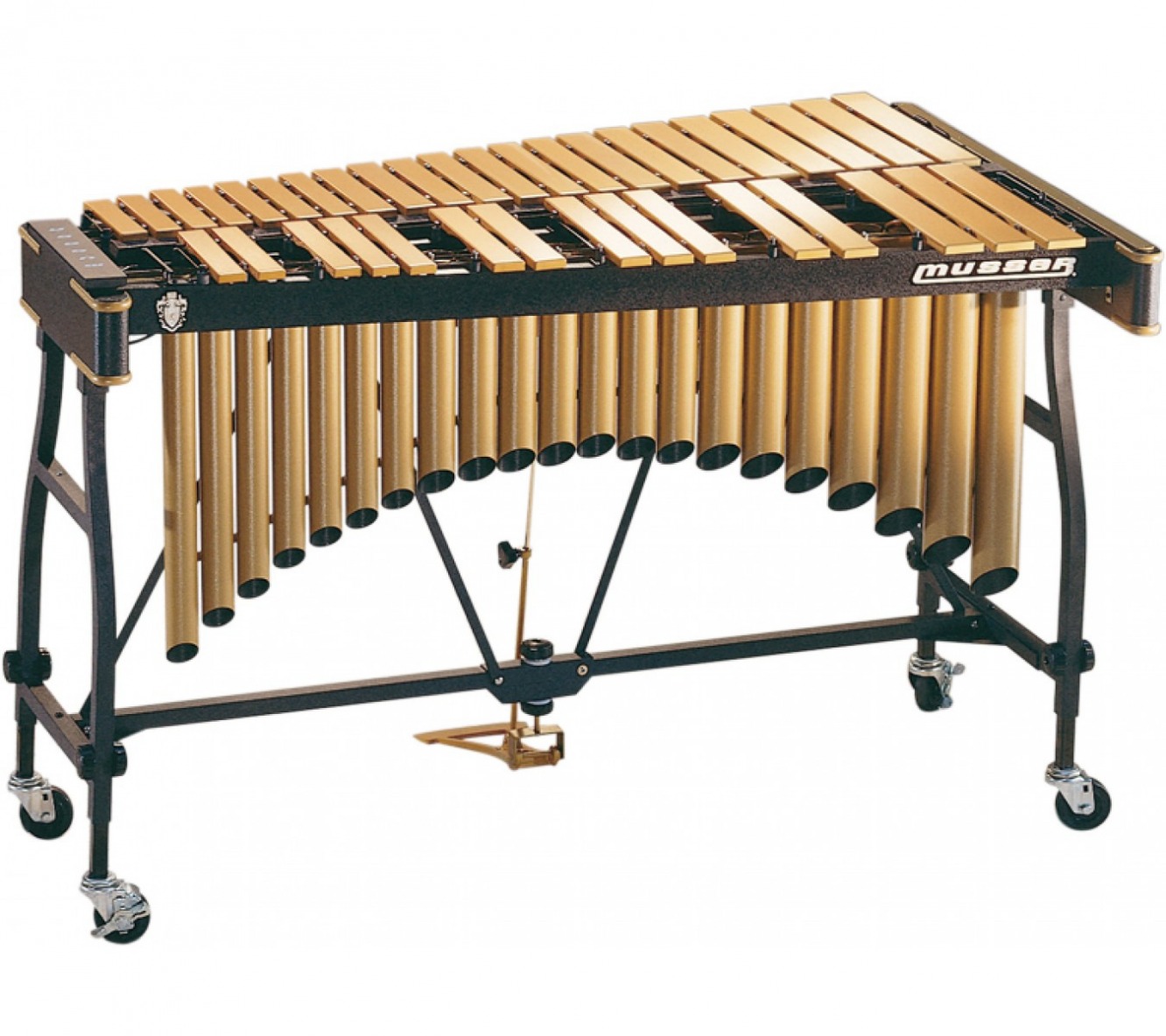 Vibraphone, also called Vibraharp, or Vibes, percussion instrument that has tuned metal bars and is similar in shape to a xylophone. Felt or wool beaters are used to strike the bars, giving a soft, mellow tone quality. Suspended vertically below each aluminum bar is a tubular, tuned resonator that sustains the tone when the bar is struck.

The genesis of this young instrument took place entirely in the US, at the time of the First World War. In 1916, the instrument maker Hermann Winterhoff on behalf of the company Leedy in Indianapolis began to achieve vibrato effects using a motor-driven mechanism. The intent was to achieve a vox humana sound, a kind of human voice. He performed his first experiments on a three-octave marimba with steel bars, a new instrument used at vaudeville theatres. He built a motor, which was connected via a shaft with the cover plates, which were at the upper edge of the resonators. He was already able to produce the typical pulsation of the sound, the vibrato effect, which gave the instrument the name vibraphone - for the time being. First radio recordings from 1924 brought the sound to the people, musicians began to be interested in the new instrument.