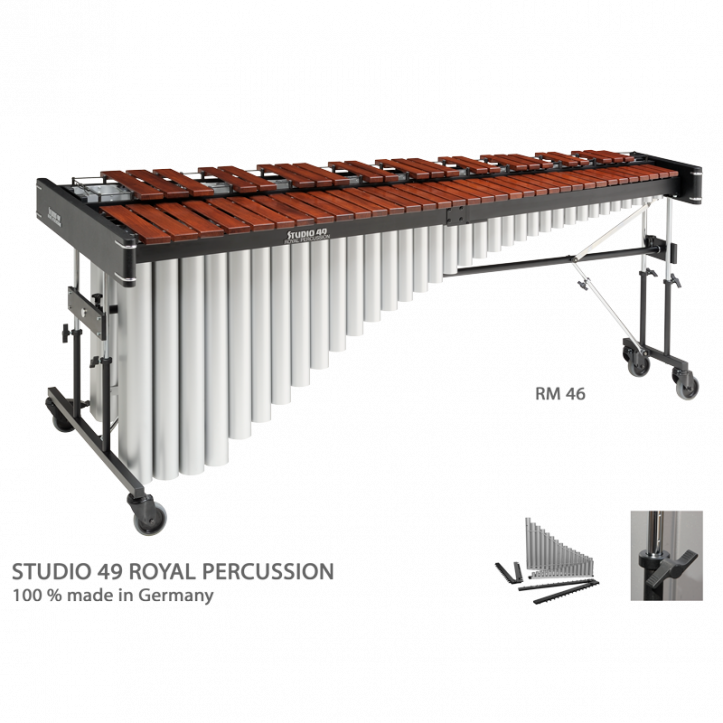 The marimba looks almost exactly the same as the xylophone, but is larger, has a lower register (from bass through tenor to alto) and a wider compass. It is a xylophone with resonators – xylo-phon simply means ”wood sounder” – pitched an octave deeper.

Because its bars are made of softer wood and are thinner than the xylophone’s, the marimba has a much softer, darker and richer timbre. In the 1930s an instrument called the xylomarimba (xylorimba) was made for solo playing which was intended to combine the best of both instruments. The xylomarimba was made primarily because it had a range of five octaves (C3–C8), but its sound quality left something to be desired and today it is very rarely encountered.

The marimba did not arouse the interest of orchestra composers and musicians until the 1950s, but since then it has established itself as part of the standard percussion section. The xylophone, its wooden counterpart, found its niche there much earlier. The marimba’s tasks are located in the middle and lower registers.

Thanks to its pleasing sound it has now gained more importance than the xylophone as a solo and virtuoso instrument.